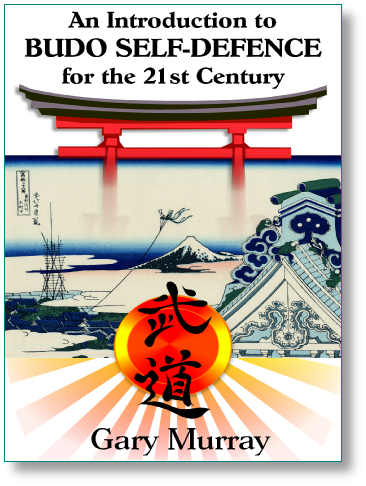 AN INTRODUCTION TO BUDO

SELF-DEFENCE FOR THE 21ST CENTURY

Written to introduce readers to a combat art created by Japanese Samurai Warriors of old, An Introduction to Budo Self Defence provides information on this ancient system of personal protection in modern times. Author Gary Murray is a Martial Arts teacher qualified to black belt rank in several disciplines including Judo, Ju-Jitsu, and Karate and as such has always adopted a traditional non-sporting approach to his teaching. Aspects covered include:

Other aspects covered include:

- Philosophy and benefits of practising a Budo art

- Difference between sport and traditional Budo